Within the superfamily Apoidea, bees are a monophyletic lineage. They are now classified as a clade known as Anthophila. Bees are classified into seven biological groups with approximately 16,000 species.

Bees can be found in any environment on the globe that includes insect-pollinated blooming plants, with the exception of Antarctica. The Halictidae, or sweat bees, are the most abundant bees in the Northern Hemisphere, yet they are tiny and sometimes mistaken for wasps or flies.

Bees range in size from tiny stingless bee species with workers measuring less than 2 millimeters (0.08 in) long to Megachile pluto, the largest species of leafcutter bee with females measuring up to 39 millimeters in length (1.54 in) 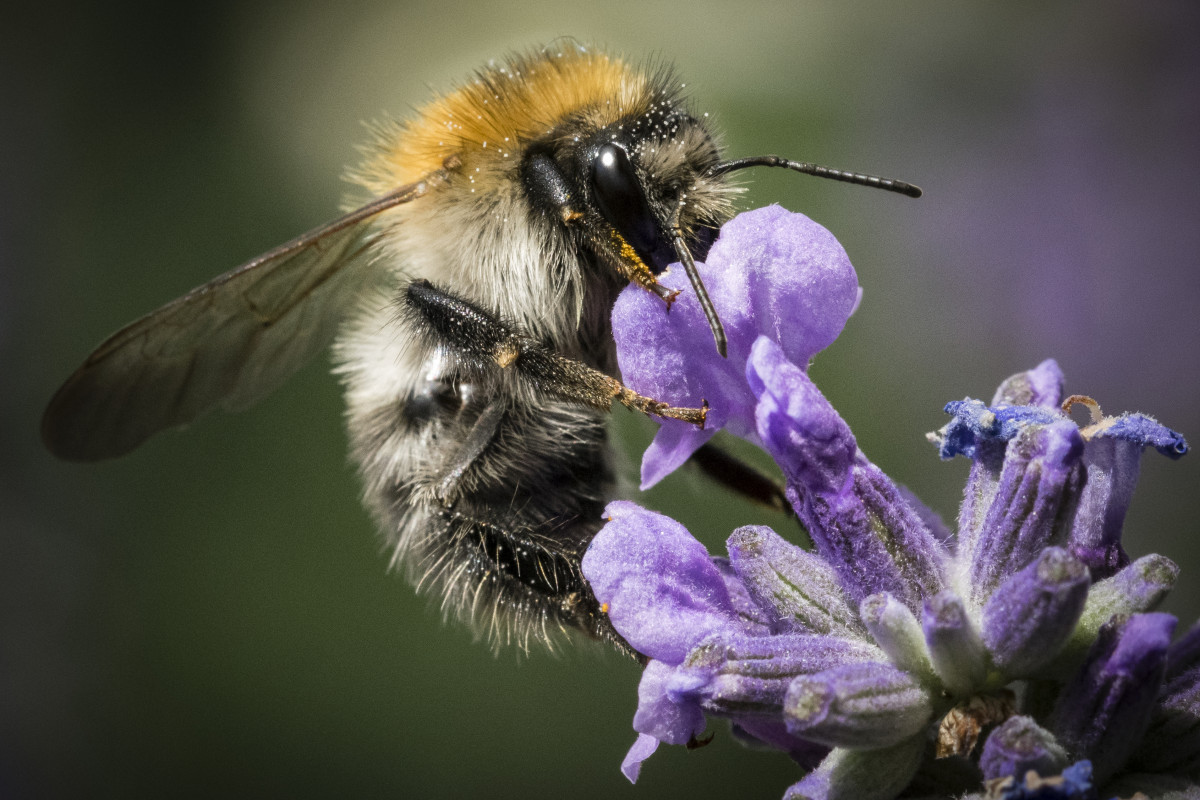 1. The sense of smell of a bee is so sensitive that it can distinguish between hundreds of different flowers. It can also determine whether a flower has pollen or nectar from a distance of many feet.

2. In a specific gland on their stomach, bees produce wax, which they subsequently consume to build honeycomb.

3. Bees interact with each other in two ways: the waggle dance and the usage of pheromones.

4. Female bees in the hive (excluding the queen) are termed worker bees

7. Many of our common items, such as furniture polishes, cosmetics, and medications, include beeswax.

8. Some worker bees are designated as “undertaker bees,” responsible for removing deceased bees from the hive.

9. Honey bees outnumber London inhabitants 30 to 1 during the summer months, thanks to the growing popularity of urban beekeeping.

10. Honeycomb is made out of precise hexagons that store the most honey with the least amount of material (wax).

12. While a queen honey bee may live for up to five years, worker honey bees only survive for approximately six weeks and are responsible for all of the labor.

13. In Napoleonic heraldry, bees were a popular animal to use.

14. The bee was both a sign of immorality and a symbol of rebirth. It was selected to connect the new monarchy to France’s earliest beginnings.

15. People in ancient Egypt used honey to pay their taxes.

16. Bees use the sun as a compass and polarized light to navigate on overcast days.

17. Honey bees must collect nectar from approximately 2 million blossoms to create one pound of honey.

18. All of the labor in the hive is done by the females. The primary purpose of the drones is to mate with a queen.

20. Honey has antimicrobial qualities and may be used on wounds as a dressing.

21. Bees have been dying off at a rate of about 30% each year as a result of colony collapse disorder.

22. Beekeepers in Wisconsin can seek to have their honey certified as pure and use the label “Wisconsin certified honey” on their products.

25. Honey bees do not take naps. Instead, they sleep immobile at night to save energy for the next day’s activities.