Sexual dimorphism exists in adults. Males are somewhat bigger than females, and each hindwing has a black patch or spot of androconial scales (in some butterflies, these patches disperse pheromones, but are not known to do so in monarchs). Male wing veins are lighter and thinner than female wing veins.

Lepidopterists call one variety, the “white monarch,” which may be found in Australia, New Zealand, Indonesia, and the United States, “nivosus.” It is grayish-white in all parts of its wings that are typically orange and makes up only around 1% or fewer of all monarch butterflies, however, numbers as high as 10% exist on the Hawaiian island of Oahu.

Here we go for 30 interesting facts about monarch butterflies!

The monarch has six legs, like other adult insects, but only utilizes its middle and hindlegs to walk since its forelegs are tiny and kept against its body, as they are in all Nymphalidae.

1. Butterflies use their antennae and legs to smell and taste things.

2. In the last decade, the number of monarch butterflies has decreased by 80%.

3. The mature female monarch butterfly lays small eggs on the underside of poisonous milkweed leaves, which are coated in a sticky substance. After many days, the caterpillar emerges from its egg and feeds on the milkweed leaves.

4. The poison from the milkweed plants is retained in the body of the monarch caterpillar and adult butterfly, protecting it from predators.

5. Adult monarch butterflies migrate north from their wintering grounds in the southern woodlands of Mexico and California in the spring and return in the fall, covering a distance of 2,000-3,000 miles each way!

6. Caterpillars of the monarch butterfly breathe through holes in the sides of their bodies.

7. Monarch butterflies may go extinct over the next 30 years, according to experts, due to human destruction of milkweed.

8. They have wings that clap in slow motion. A butterfly’s wings flap about 20 times per second on average. On the other hand, the Monarch Butterfly flaps its wings 5 to 12 times each second.

9. Every year, they travel 3,000 miles throughout the United States! That’s a distance of 4828 kilometers! This yearly migration begins in the northeastern United States and Canada and ends in the southwest corner of Mexico. The migration of butterflies occurs across four generations.

10. They Have Poison in Them. During their larval development, monarch butterflies consume toxic milkweed, which is stored in their bodies. Cardiac glycosides, the poison, make predators vomit, although it seldom kills them.

11. Caterpillars of the monarch butterfly have six pairs of small eyes, although they can’t see very well.

12. Rubbing his antennae on her head and thorax is how male monarchs woo female monarchs.

13. Monarch butterflies can’t bite, instead, they swallow nectar using a long tongue called a proboscis that functions like an eyedropper. When not in use, its tongue coils up beneath its bottom lip like a retractable garden hose.

14. Caterpillars are voracious eaters. Monarch caterpillars are able to consume a whole milkweed leaf in less than five minutes. Milkweed is consumed at a rate of 200 times their body weight!

15. In 1871, they arrived in Australia. They were brought to Australia in the 1870s and come from Northern America.

16. Their Chrysalises are adorned with gold studs. Surprisingly, the term “chrysalis” is derived from the Greek word “chrysos,” which means “gold.”

17. In less than 5 minutes, a tiny monarch caterpillar may consume one big milkweed leaf.

19. A female monarch may carry up to 400 eggs in her womb. She only lays one or two eggs on each leaf as she travels from one to the next.

20. Rubbing his antennae on her head and thorax is how a male monarch pursues a female. 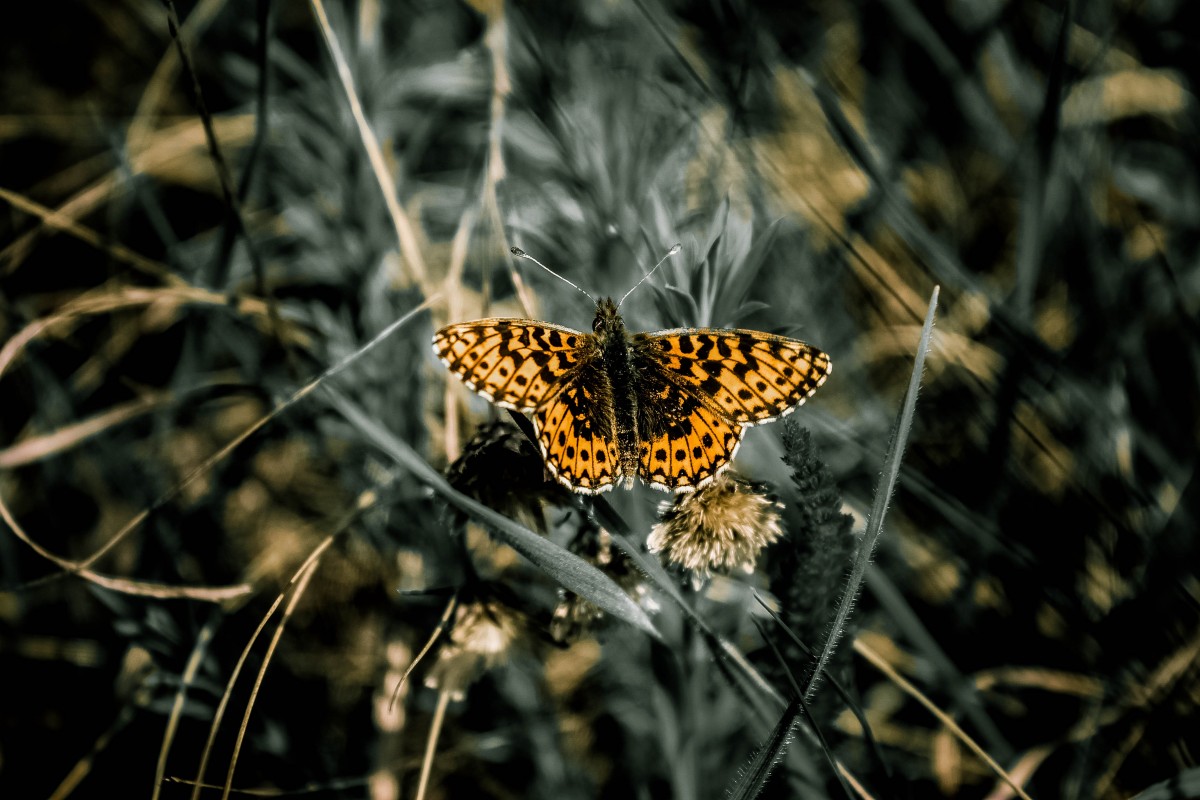 21. The wings of a monarch butterfly flap 300 to 720 times per minute, which is slower than other butterflies’ wings.

22. Most monarch butterflies reared in captivity are unable to successfully migrate.

23. Because butterflies are so tiny, a mile is a long distance for them. The roughly 3,000-mile migration of a butterfly is equivalent to a person going 275,000 miles, or 11 trips around the world.

24. The monarch butterfly migration is one of the most spectacular spectacles on the planet. Migrating monarchs can travel at speeds of up to 30 miles per hour, which is almost three times faster than humans can sprint.

25. The Monarch butterfly only lives for around 2–6 weeks after it has hatched.

26. The vivid hues of the monarch butterfly warn predators that they are deadly and should attack at their own peril! Monarch butterflies are toxic not just because of the presence of cardenolides (a sort of steroid) in their body, which the caterpillars receive from the milkweed they eat.

27. The monarch butterfly was named after King William III (also known as the Prince of Orange), who referred to its orange hue.

29. Soldier, queen, and viceroy butterflies are all primarily orange and black in color, and they resemble monarch butterflies in appearance. However, they all have unique characteristics that define them differently. Monarch butterfly wings are brilliant orange with numerous black veins. Their wings have a black border with white speckles.